Hubs and I just got back from another #tripnorth. It was supposed to be a vacation with beach time and no obligations, but as I’ve come to learn, a vacation does not include a few things that are kind of non-negotiables when it comes to our trips: 1. family obligations and 2. a toddler.

The toddler is here to stay (lucky for him! Not so lucky for my “vacation” prospects in the near future.) and family obligations usually come with the #tripnorth territory. So we’ve gotta find a happy medium here.

But regardless of those vacation “non-negotiables” for this year it wasn’t entirely family or #babyschmidt’s fault our vacation was…what I hearby deem an “un-vacation.” My new job came with a few upsides (bigger salary!) and a few  downsides … largely the lack of vacation time in the first year. Not to mention, hubs had some work obligations that also cut “vacation” short on the front end.

Over the past few months, our vacation went from: a few days on the Cape, to a Yankees game, to U2 at MSG to celebrating my father in law’s birthday to… no Cape Cod. Reselling our Baltimore/Yankees tickets. We did get to U2 (which was AMAZING – no way we were sacrificing those!) and we were a part of an amazing surprise birthday party for my Father-in-law’s 65th birthday (which so awesome to be a part of!) but there wasn’t really any beach-ing…or a lot of quiet relaxing – again…toddler. So clearly I need to modify my vacation expectations. At least until retirement when Hubs and I can vacation any damn time we want.

So here are my lessons on managing vacation expectations with a toddler.

1. Always have a back up plan (especially in regards to food) 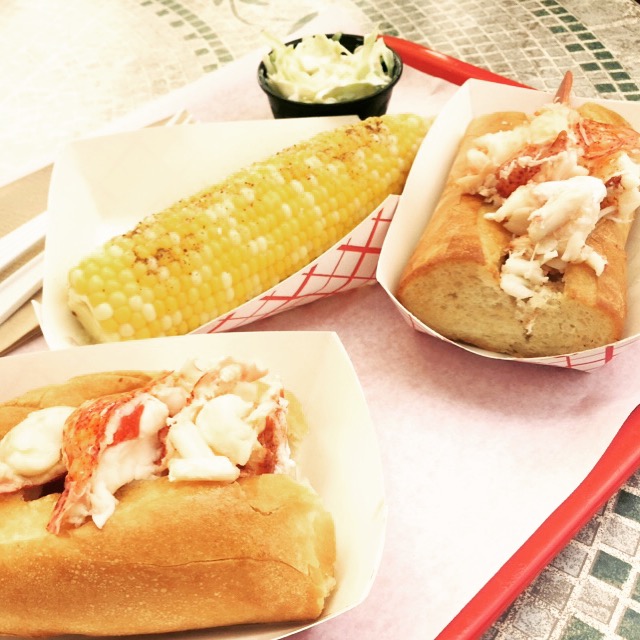 Thursday night before the u2 show, we kicked around Eataly – grabbing a drink up on the rooftop beer garden, getting oysters on the half shell at the fish bar, and then a cheese plate – but we had planned on grabbing a pizza or some pasta at the pasta place except by the time we got around to them…there was an hour plus long wait. WHOOPS. Needless to say, we trekked up towards Madison Square Garden and found a place after a few horrible suggestions on hubs’ behalf. The place we ended up at was good, but it was expensive for what it was. And in turn, we were a little late for the show.

Subsequently, a similar mistake was made on Sunday on our mission to find Lobster Rolls – the place we had found turned out being a food truck on the side of Bridgeport Avenue – and while I’m sure it was delicious, it wasn’t exactly a toddler appropriate atmosphere…being on the side of a busy road and all…with no fences. So we ended up finding another place that was delightful. 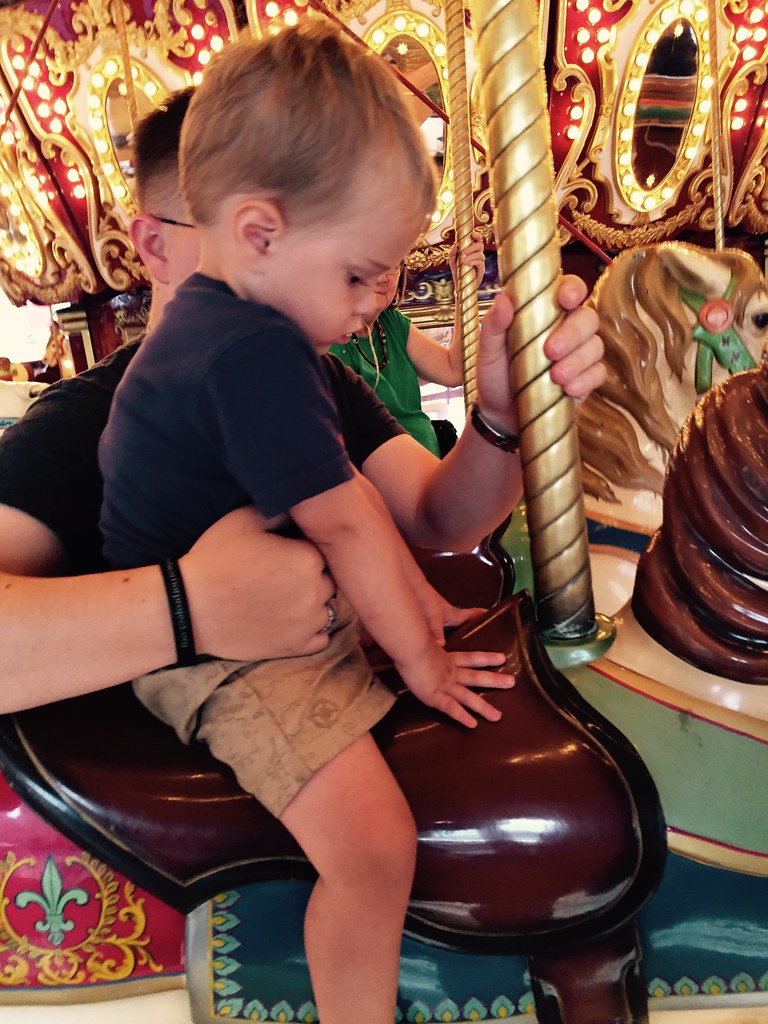 Friday night, we went to Quassy – a tiny, independent amusement park next to Hubs’s hometown in Connecticut. Kudos to hubs for finding 50 cent ticket night (and  hot dogs! Which were…just okay.) but less kudos that they had a splash park that little man would have loved. Even less kudos for buying $20 of tickets (so 40 tickets total mind you) only for E to burst into tears as soon as the first ride he went on (a little boat ride. That i almost sunk because I didn’t know it was kiddos only. No ‘rents allowed). Total parental fail. He also had a meltdown on the train ride…and the carousel.

3. Don’t over plan but don’t not plan at all either 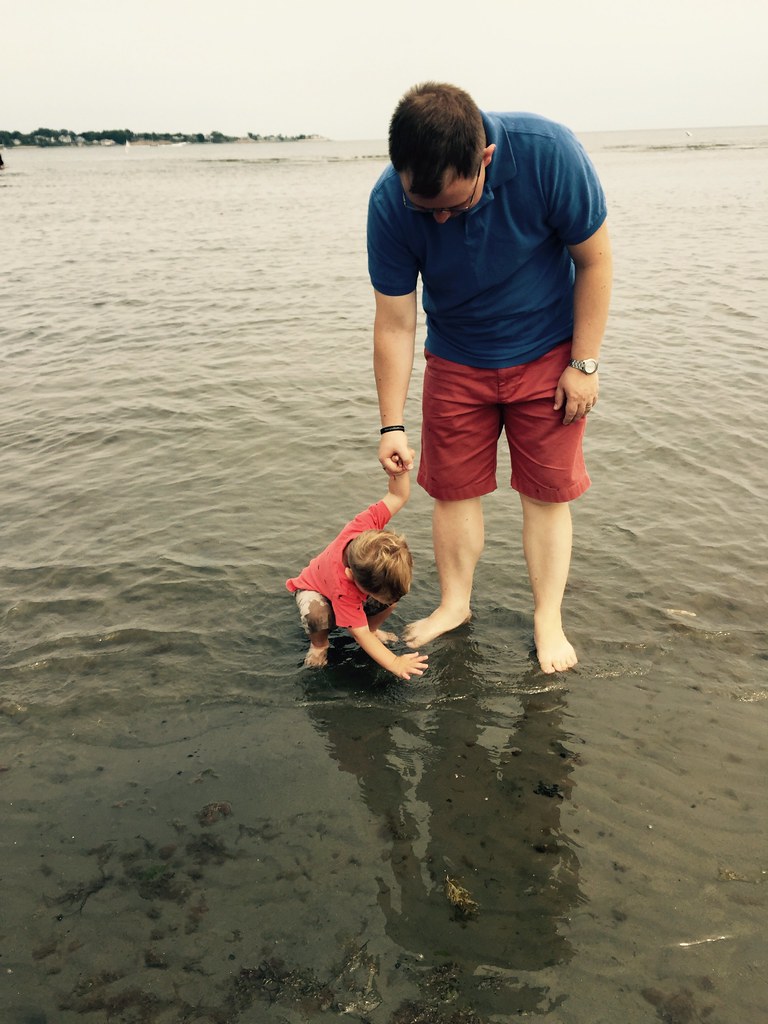 I had some general ideas what I wanted to do on our “vacation” – go for a nice hike… go to a beach… but I’m not from Connecticut. I had no idea what the best places were to do any of these things. Hubs wasn’t super helpful in planning or researching. We went on a little hike around a pond in his hometown – which wasn’t quite as challenging as I might have liked (which, if we had brought Little Man…probably couldn’t have been super challenging anyhow). And we ended up at a beach in Milford on Sunday afternoon – it was okay. Fun to wade in since it was low tide and there were tons of tide pools with little Hermit Crabs. 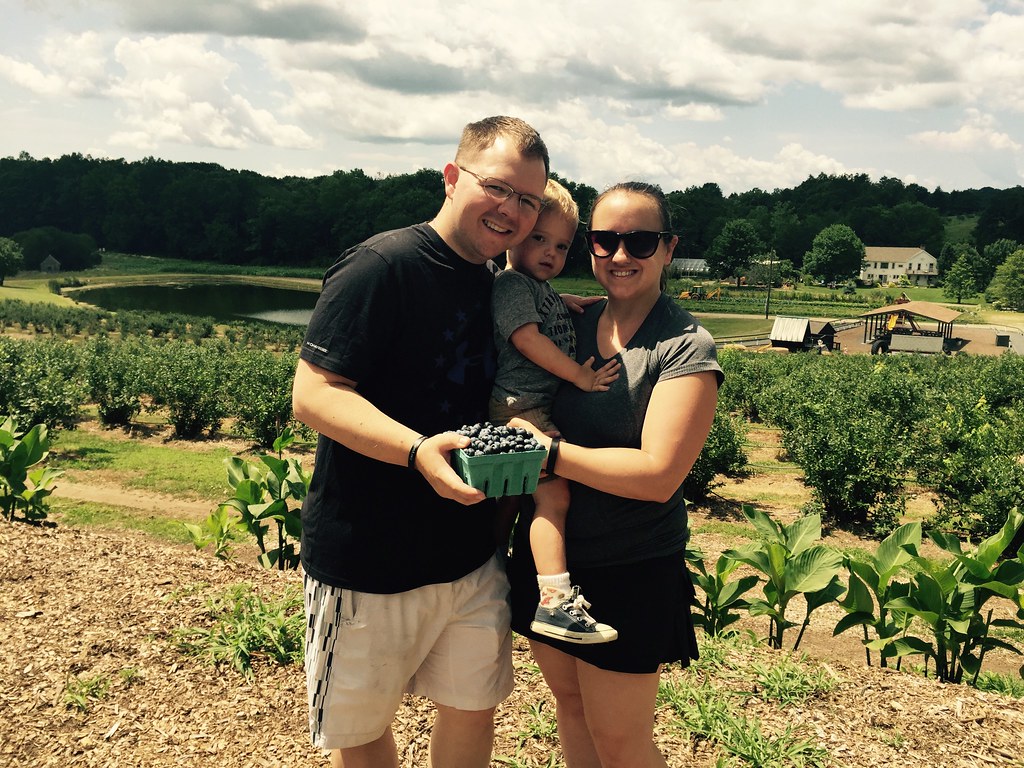 It’s vacation! Get outdoors – find new and interesting playgrounds. Explore the beach. Go for a hike where you’ve never been before. There is nothing more refreshing and relaxing than being active on vacation. If you’re training for a race, have a plan to continue your workouts. I stuck with the sleep plan over the workout consistent plan but I did do research on spin classes…I just didn’t actually make it to any of them. Instead however, we went berry picking at a farm up in Litchfield County and that in itself was a pretty hearty workout. 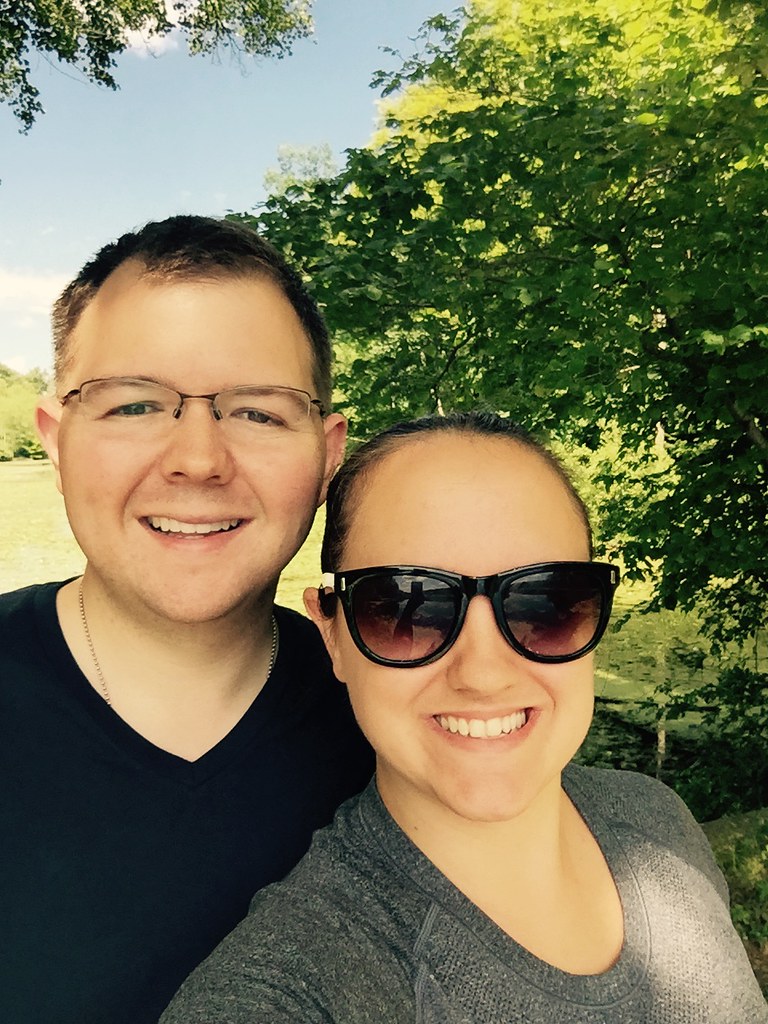 Our “vacation” certainly wasn’t perfect but it did contain a lot of something we don’t get a lot of during our usual weekly hustle: quality family time. Despite the fact that I committed to doing some work to ease the PTO I had to take. And the fact that our vacation went from nine days to five days – two of which we already had predetermined plans. We spent a lot of time together and made a lot of great memories.

Make a list – hubs and I didn’t really communicate our expectations until I had a mini-breakdown and expressed my sadness that I didn’t really feel like it was much of a vacation. Thus came our definition of vacation as time off with no predetermined obligations. Beach or not – because every vacation can’t have a beach. This also likely means that race-cations aren’t really vacations, not that I’ve ever taken one of those. Yet.

So, now it’s back to the real world. Back to triathlon training. Back to work. Back to summer here – we’re going to hopefully round off our summer bucket list and I’m going to knock out the rest of my triathlon season before diving into my race season this fall since I have a couple of fun races planned. As I don’t have much more time off between now and June 1 of next year, we’re going to take advantage of the holidays, and try to make some fun day trips and fun weekend plans over the next few months to really make the most of our time together as a family.

Have you taken an “un-vacation?” How did you make the most of it?

Previous:
What I Wore: Camel and Tan
Next:
Friday Five: What I’m Reading