I’ve gotten in the habit recently of cooking one meal that can get us through a couple of lunches, and a couple of dinners. This is necessary mostly on busy weeks like this one, where if I don’t plan things out, we can easily end up eating out 2 – 3 days per week.

This week I wanted to bust out the slow cooker. In the fall and winter, it’s one of those things I like to do every couple of weeks. Our slow cooker is a total tank and takes up a lot of counter space so I tend not to use it as often as I probably should but unlike other appliances we got for our wedding (I’m looking at you waffle maker that Hubs has used TWICE in the five years since we got it). My favorite slow cooker meal? Chili.

I tried a new recipe, my boss had mentioned a slow cooker pumpkin chili so I took the idea to pinterest for some inspiration. Pinterest never fails, let’s be honest. 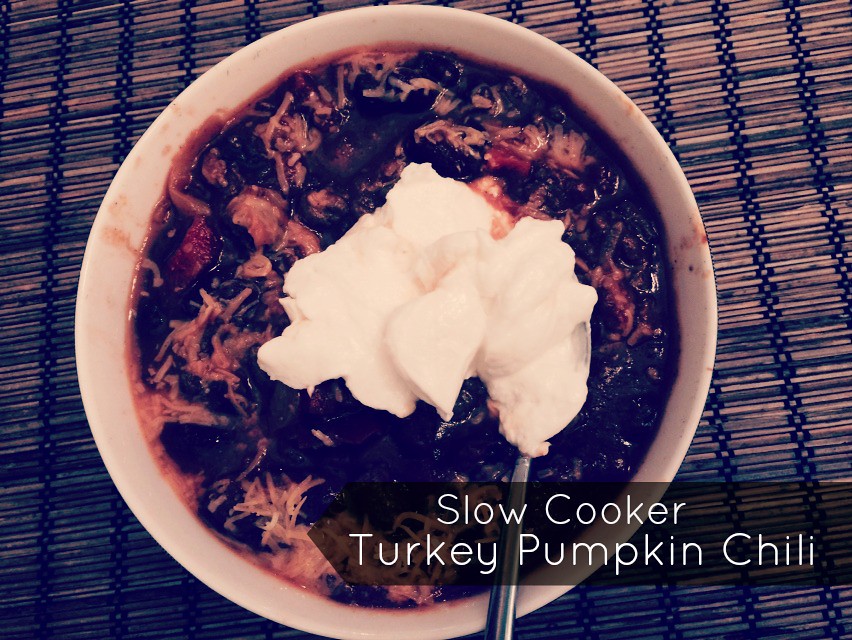 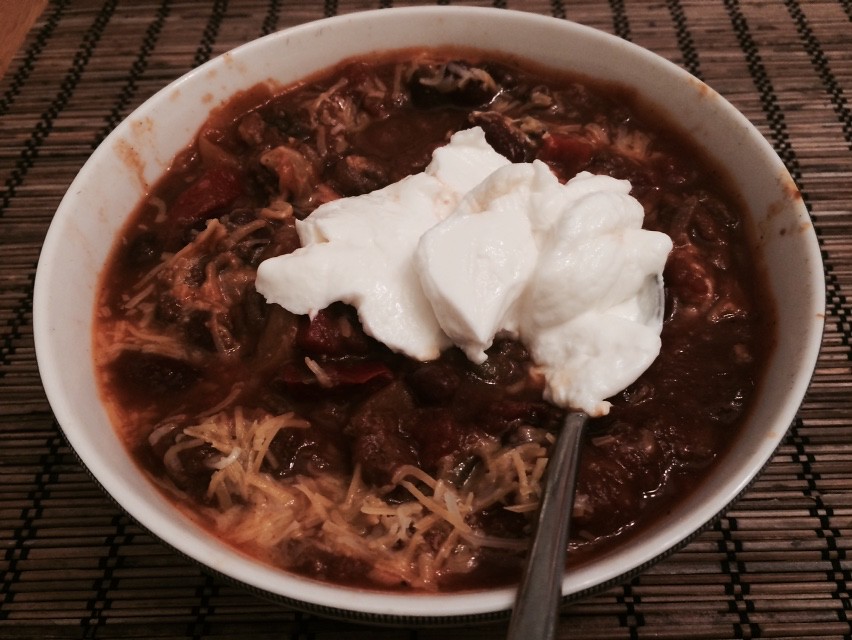 I love to eat my chili over either brown rice or a sweet potato, quinoa is another great choice. I top with a little bit of shredded mexican blend cheese (cheddar based) and sour cream. Hubs uses greek yogurt instead of sour cream and loves it – you could use either.