I noticed, as I started up RunKeeper on Saturday morning in Quiet Waters Park, that I had run 5 miles in the month of October.

Huh. That’s not good. Thankfully, this weekend I exceeded that, and by Sunday, I’ll have doubled it. Woot! Am I back to running? We’ll see.

Saturday was National Stroller Running Day, so the local Stroller Strides Chapter hosted a little family friendly workout/play date at Quiet Waters. I brought my two favorite running companions and we made a morning of it.

National Stroller Running Day is a day when “active parents everywhere declare their commitment to family fitness and living a healthy lifestyle.”

Adam and i are bad running partners, since when we run together, we usually spend half of the “run” walking and chatting. With life being so crazy, we rarely have moments where we slow down and just appreciate the company of each other and the little guy and being outside with no other commitments. It was really refreshing and necessary.

After all the PiYo, I’ve been doing, it felt really good to lace up my sneaks that I scored way back at the Nation’s Tri. I kind of got discouraged from running after all the tightness in my calves (which I still had mind you) so running was incredibly frustrating for me for a few months there, and while my legs aren’t yet 100%, they felt better this weekend than they have in weeks. It was a really great way to spend our Saturday morning, especially since we – when I’m not PiYoing it up – generally like working out together.

Running for mom and dad + a play ground for little man = win win for everyone! 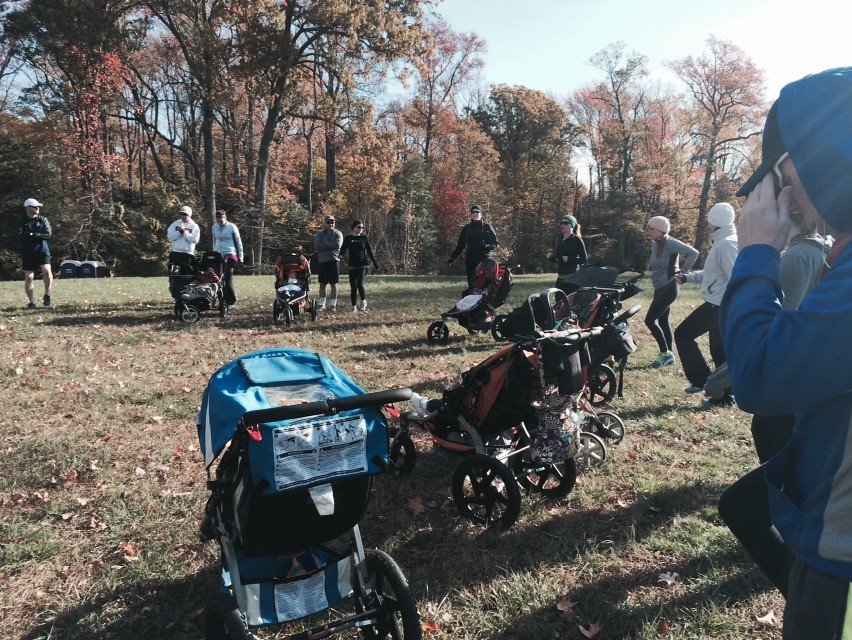 Across the Bay 10k Recap

Last week, my coworker roped me into buying a bib off her husband’s boss. It wasn’t an official transfer, so don’t go searching for my name in the results, but she kept talking the race up and I had non-buyers remorse (as in I thought for weeks about signing up but then didn’t for some…unknown reason).

I’ve gotta say, I’m usually a solo runner. Like 9 times out of town a solo runner. But running with a pal who kept me moving, and kept me motivated was a lot of fun. The race was incredibly, amazingly well organized. Everything from the lines for the busses, which weren’t that bad, to the lack of traffic getting to the start to the starting corrals not being at all crowded, and the lack of lines for the port-a-pots….I was just floored all around. 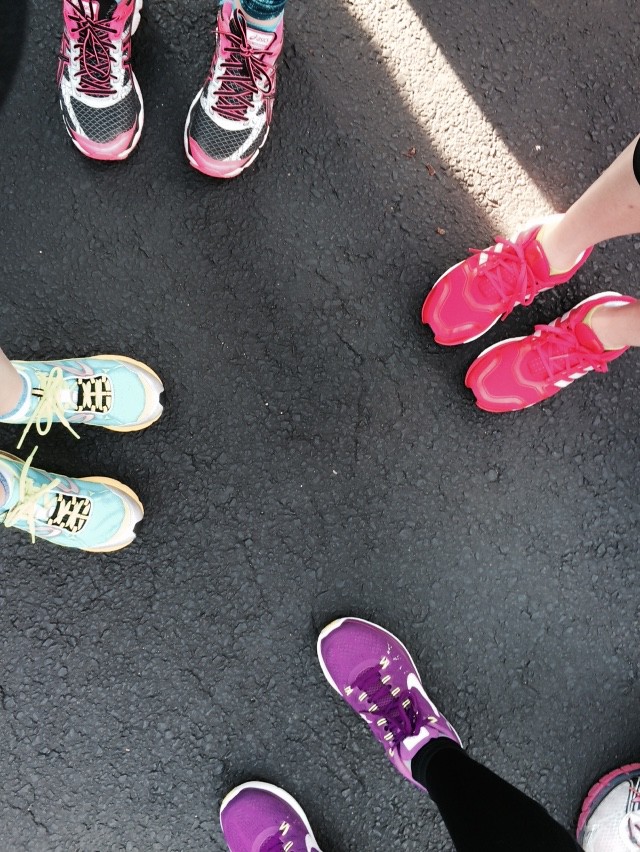 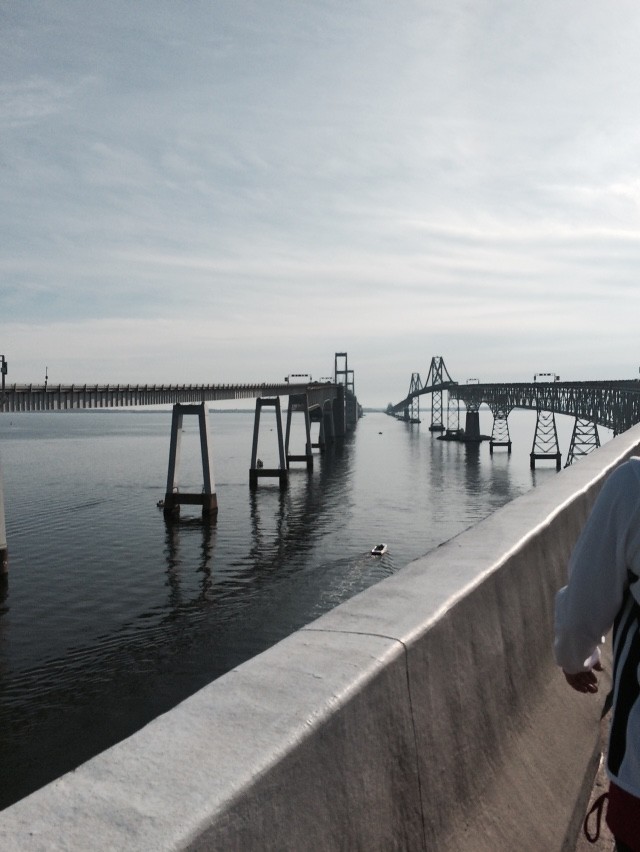 My one complaint? It was too warm. I had expected much cooler temps and a stronger breeze. Instead, there was no breeze. Lots o’ sun and even though it was low 50’s, it felt much warmer than that. I always like to be on the cooler side when I run (I heat up fast and hate being hot) so I definitely regretted over dressing. Thus you can see my headband/ear warmers around my neck because my head was getting too hot and my lulu winter running top…definitely a bad choice.

Many thanks to JL – my coworker/partner in crime who roped into this whole thing (so glad she did) – for kicking my butt and pushing me to the end. After the descent off the bridge, once we got on to level ground I was definitely hurting. Six miles is a lot to go when your longest run in 2 months was like… three miles. I’ve turned into a slacker. I know.

Ahhh well. You live, you learn. I’ll definitely be signing up for this one again.

You know what that is? A post-baby 10k PR that’s what. Not my fastest 10k for sure, but since baby when I had pregnancy SI joint issues that never fully resolved and stupid tight calves, and just…feeling not confident in my running and generally sluggish, I’m pretty proud of that. Especially for you know, deciding about five days before the race that I was going to run it. Next year I’m actually going to race it and you know…train and stuff (and I think because of my goal of an Olympic Tri, next year is going to be the year of that sub 1 hour 10k).