I am an Iron Girl!

So this was my first year competing in Iron Girl – I’d heard great things about the race and was super excited for it. it was my A race this year – especially since I deferred Dewey Beach to next year. I’m REALLY hoping I can race it next year though i fear it may coincide with my big sisters wedding – regardless. I HIGHLY recommend – i had a blast on the course!

I was super impressed by the organization and ease of packet pick up, racking my bike and generally getting the gist of the race layout. I didn’t do much research about where swim start was ahead of time – major planning fail – but luckily on Sunday morning I just followed the crowds to head over. 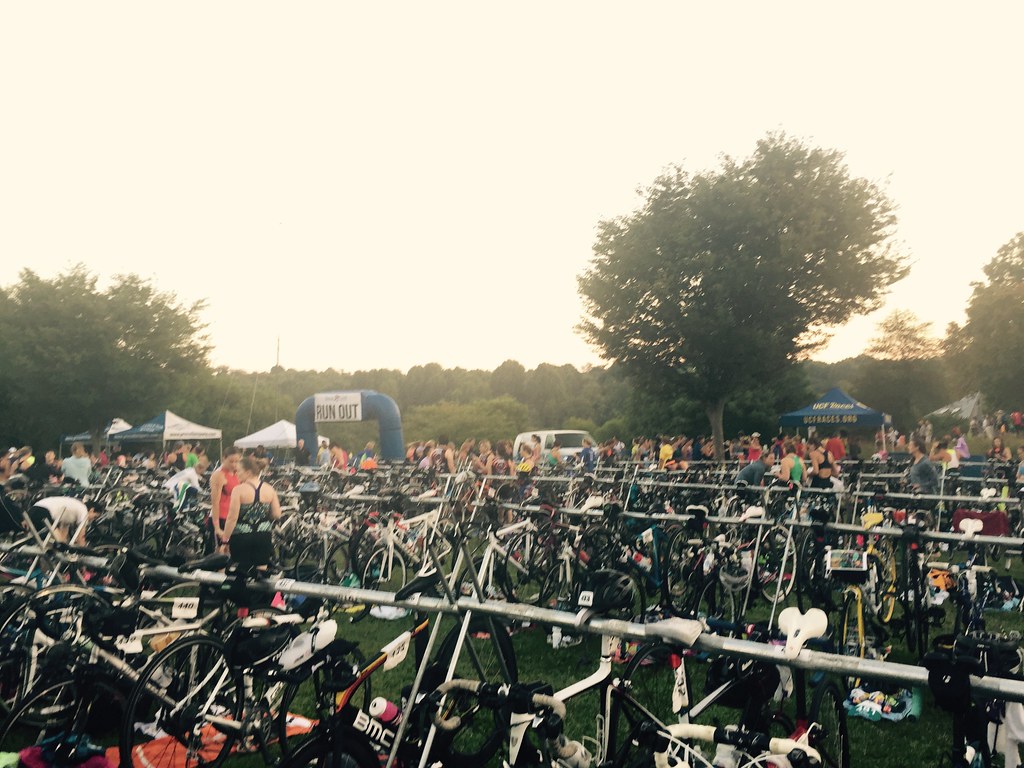 I was really not looking forward to swimming in Centennial Lake – I mean…no body of water is perfect but I do have to say this was probably slightly better than the Potomac (at least this swim wasn’t cancelled). I felt unprepared in the open water, and the form I had worked on the past couple of months in the pool went to the crapper. Then my goggles fogged up. Multiple times. Not my strongest swim but certainly longer than I’d been swimming and I wasn’t last out of the water or last in my division so…success! 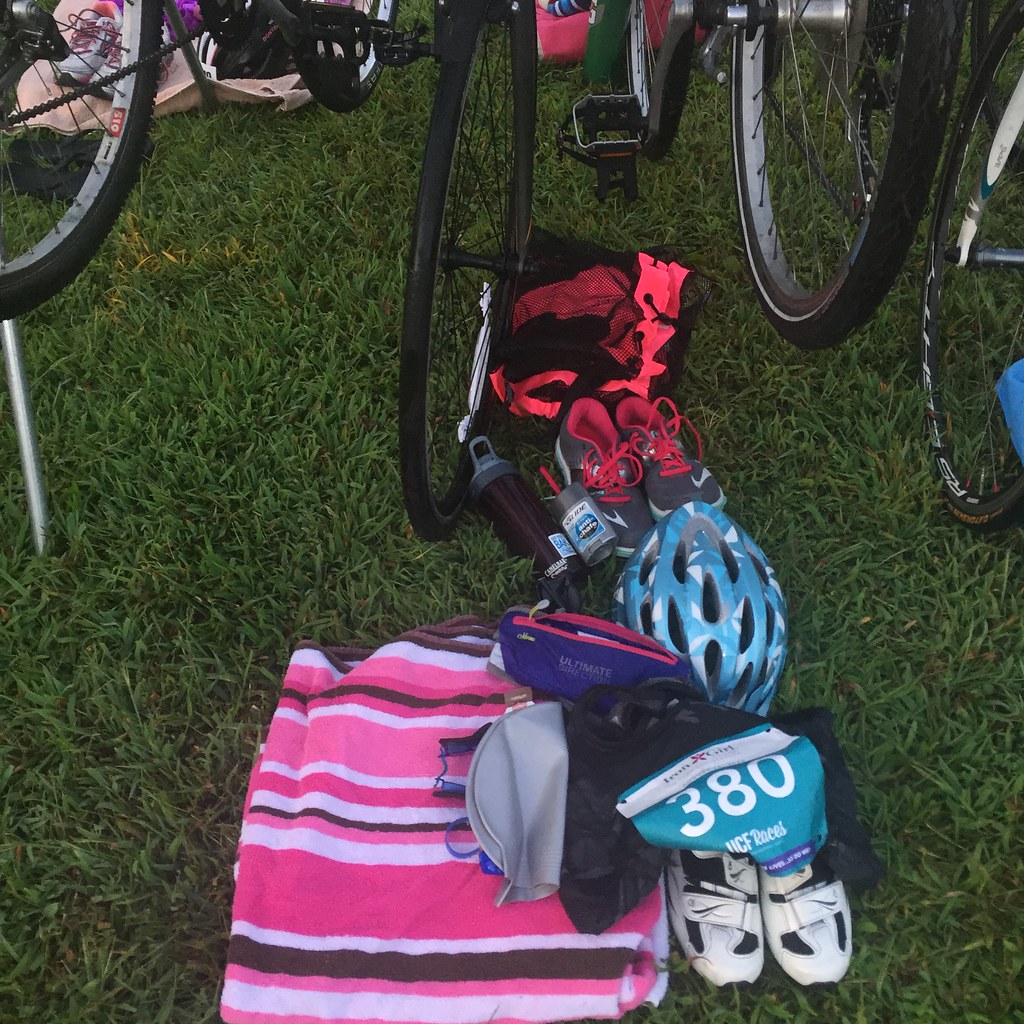 I actually think I did pretty well for T1 – the run up from the water was a ways, but getting pseudo-dried off, and since my bike was in the middle… on the end (I always get the crappiest transition spots) I consider 5 minutes not too shabby.

I was strongest on the bike. I felt really good. I got my clips fixed the other day before I racked my bike and they loosened them so they’re easier to get in and out of – win! Biggest flaw of my training? Lack of bike training. lack of hills. WHOOPS. That being said…I still did really well and didn’t have to walk my bike up any hills (remember when I had to do that on the Huffster back at Hopkins Vineyard Tri? Yeah. That sucked.). I made up a lot of time on the downhills – i need to work on my fear of speedy downhills and losing control because downhills can be fun. I suppose.

T2 was super fast – it helped that I was closer to run out, and that I really only had to drop my helmet and get my sneaks on which only needed to be tied. I think i did really good at setting myself up for success in regards to the transitions here so I feel good about that.

But God that run sucked. There is no amount of words about how much that run sucked. So much. So many hills. Was not fueled well. Should have brought that extra Gu. My calves were super tight because of my ankles and hills do that to me. That being said, I think I did…okay. I finished strong. I walked up a lot of hills. Was slower than i had hoped but it was hot and my calves were aching. Room for improvement but that finish was pretty awesome. 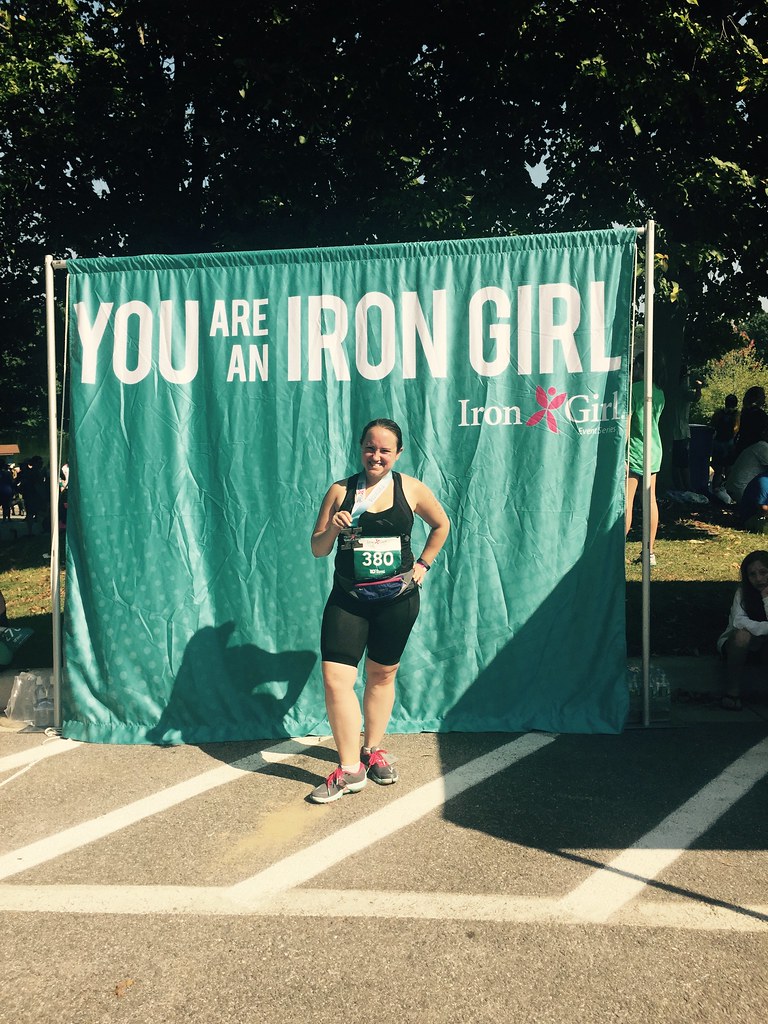 Given that this is my first FULL tri post baby (swim got canceled last year at Nations), I’m pretty proud of these numbers. I’m never going to be a front of the pack-er. I’m a solid middle-back of the pack and as long as I’m having fun, and giving my races my all, then i’m a happy camper! 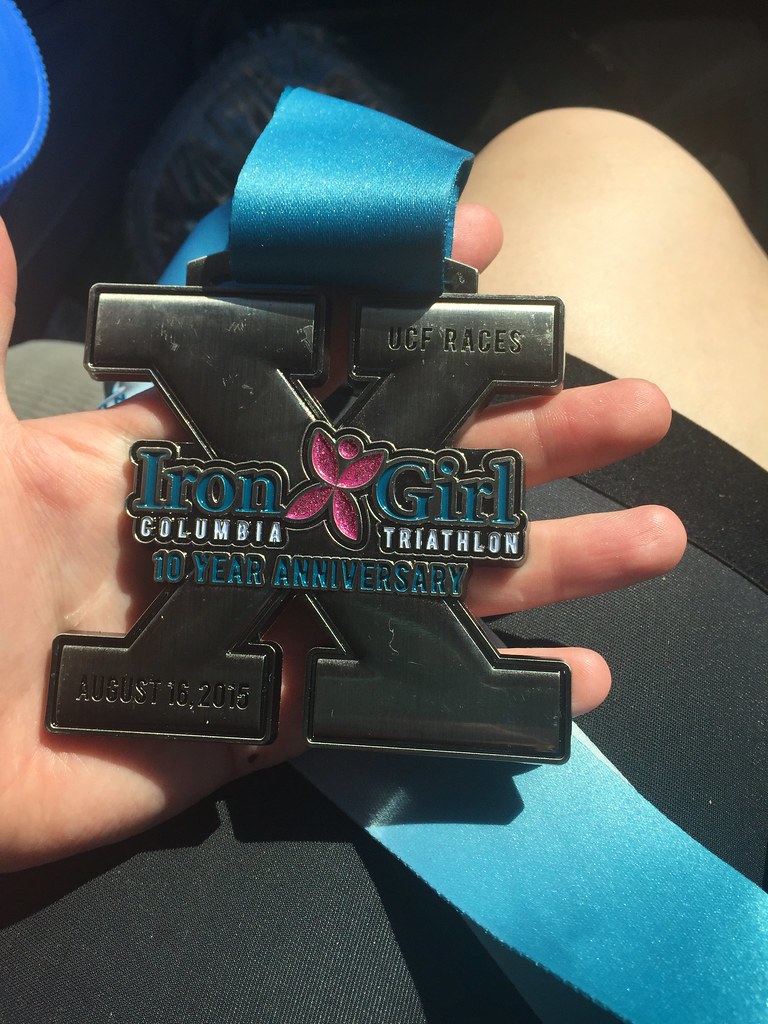 Stay tuned on the blog this week to find out what’s on deck for my fall race schedule and a discount code to join me at the Annapolis Running Classic in November!