I’m a big fan of trying to be a natural mama – holistic, and green and everything in the middle. I don’t go out of my way, but since Ethan was about five months old, we’ve tried amber teething necklaces on him for any teething pain he might have.

Naturally, it made sense when I was asked if I wanted to do a review of Amber for Babies Amber Teething necklaces. This review is a bit late, but we tried it out for a couple of months because I wanted to see how the effects were. 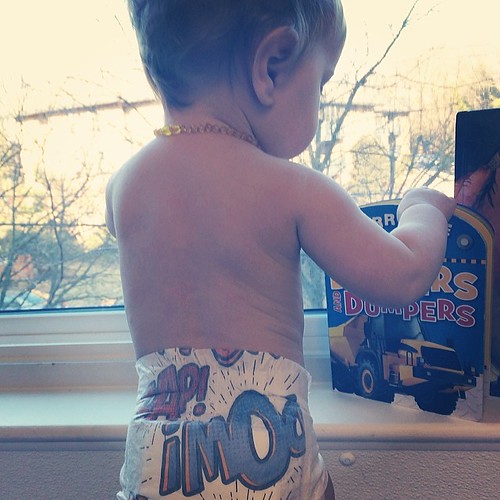 However, lately, his gums have been swollen, he’s been excessively cranky (we’ll ignore the yeasty diaper rash from hell that he’s getting over) and even our pediatrician acknowledged that he may in fact have two bottom teeth that could poke through any day now.

For those of you who don’t know why people believe in them,  baltic amber has anti-inflammatory properties triggered when the beads interact with the heat of the skin. The baltic amber is said to reduce swelling and pain from the effects of teething thus reducing discomfort. (via)

The necklaces are hand beaded, and each bead is strung individually secured with knots on each side preventing the loss of beads if a thread breaks. 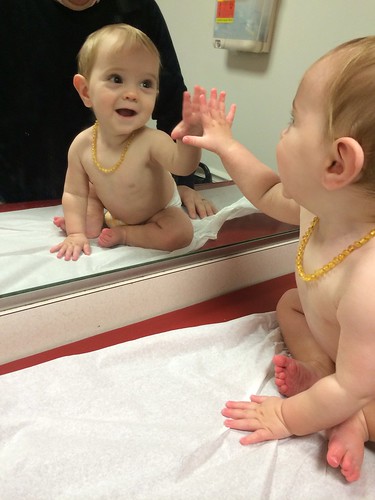 While we’ve been saying homeboy has been teething for the past eight months, you really wouldn’t know it. He doesn’t drool much, and he doesn’t get excessively cranky or wake up every two hours. I do think the amber teething necklace had some effect on that.

Lately, he’s had a small reaction to the necklace (according to our ped) so we took a break from the necklace (he has horribly sensitive skin so this isn’t surprising to me). But I do think that the necklace helped with drooling and swelling (his gums are much more swollen now than they were when he was wearing the necklace) – is there proof? Nope.

Like most holistic medicine, there’s not really medical proof that amber teething necklaces work. This is important to note since each baby has different reactions to teething – some babies get sick, others get ear infections, others get angry diaper rashes, and others you wouldn’t even know they’re teething until the teeth pop through.

If you’re curious though, and willing to try something other than the run of the mill tylenol and frozen food to relieve your babies teething, I highly recommend them. I know a number of mamas who swear by them, and I personally recommend them to any parent looking for relief for their little one’s teething discomfort.

Disclosure: I was not compensated for this review, however I did receive a free necklace to try out. All thoughts here are my own.